Got some film back from The Darkroom a few weeks back that I’d shot in February in Seattle. I actually have a different roll from this trip that I developed myself in a class, which was very cool except I don’t have any scans of it now, so…gotta put that on the to-do list.

I was still learning the camera at this point (and I still am, honestly) so I’m pretty happy to have gotten some fun shots. I had a couple exposures left on a roll before heading out of my AirBNB, hence the shot of the weirdly empty kitchen and the self-timer selfie, which ended up being two of my favorites.

I was in town for an event called Interaction 19, and did a short talk in the Cinerama Theatre, which was probably one of the coolest rooms I’ve ever gotten to speak in. The screen was HUUUGE. 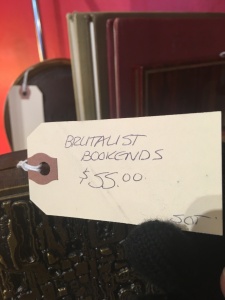